So I have a pair of Plantronics 8200 UC noise cancelling headphones that I have replaced my ageing Bose QuietComfort II with as the ear pads were disintegrating. I also wanted a pair of headphones that I could use for work and not just play. Having two devices just doesn’t make sense.

When I travelled to Microsoft Inspire last week, I packed them for the flight. They were used for the 10+ hour flight I had. I then used them for various videos calls whilst in my hotel room and then again on the return trip for the 10+ hour home. As we were coming into land, I had a battery low warning, meaning that it was reaching the data sheet guidance of 24 hours of listening time.

Now the one thing that has bugged me about flying and in flight entertainment is the stupid cable. The times I’ve wrapped myself up in it, misplaced it, left it on the plane, dropped it on the floor etc is endless.

So my brother tried out a KitSound Bluetooth to 3.5mm adapter. So I ordered it from Amazon and it arrived 3 days earlier than expected as it’s not on Prime. It’s also the bargain price of £9.45.

So I had a quick test at home and I’m now writing this from the plane before takeoff watching a movie. It’s a great addition to the headset meaning you are free of cables. The only downside is that I could leave this behind too, but knowing it has a value, hopefully I won’t 🙂 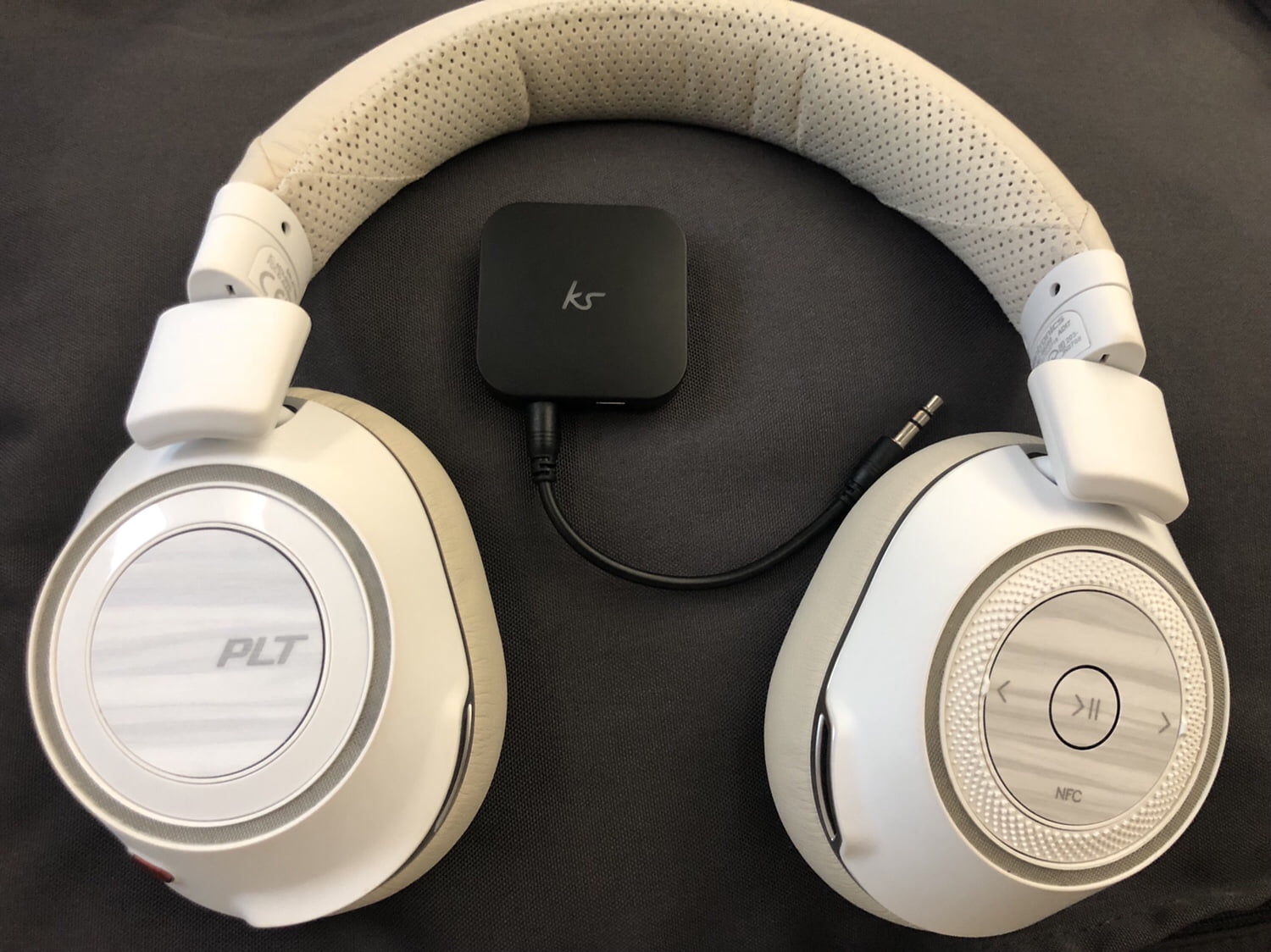