Update as of April 2018: I have a new article here about the latest working features with Skype Meeting Broadcast.

So I’ve been playing around with Skype Meeting Broadcast which is a great tool for broadcasting  large meetings (up to 10,000 users) using just your Skype for Business Client.  Really simple and easy to use.

However, one issue I discovered with it is that it only supports PowerPoint via the Office Web Apps server.  Now sometimes this might be ok, but it got me thinking.  How can we supercharge it with some PexJuice.  Well simply dial out to Pexip from the Skype Meeting and then you are able to present your desktop into the Skype Meeting Broadcast.

See below for some images showing standard meeting content and then adding some PexJuice. 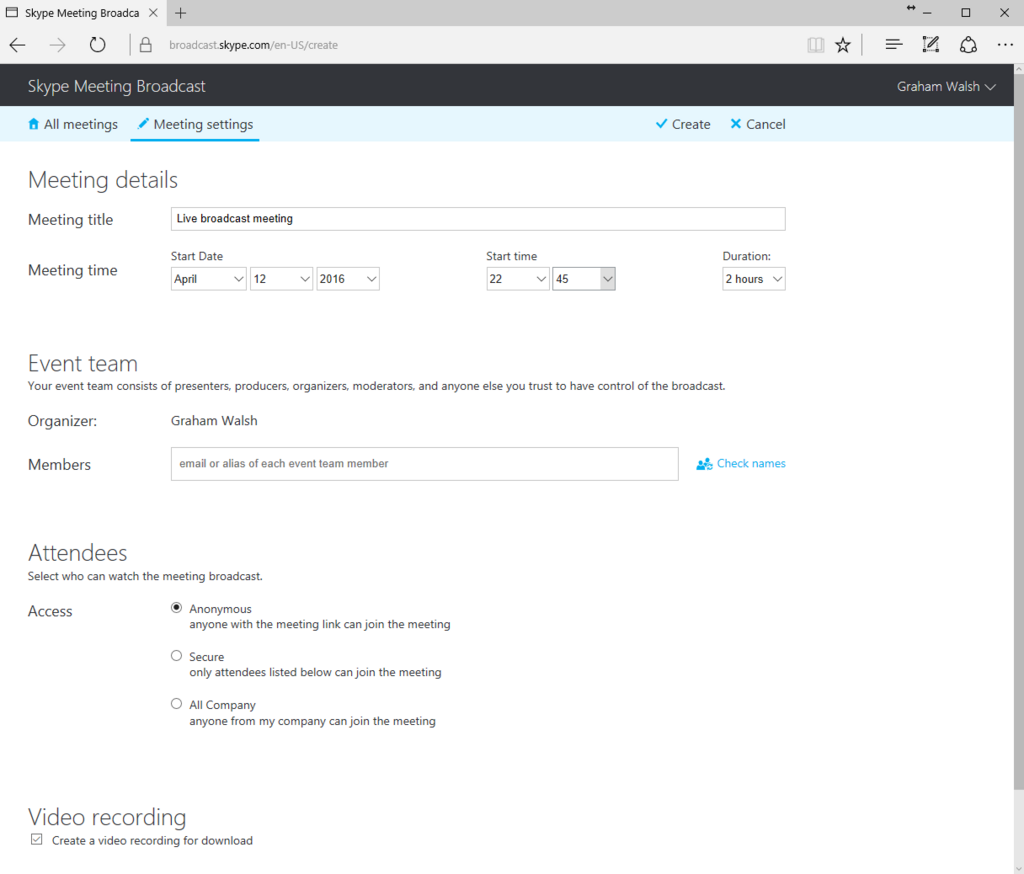 Connected to the Skype Broadcast 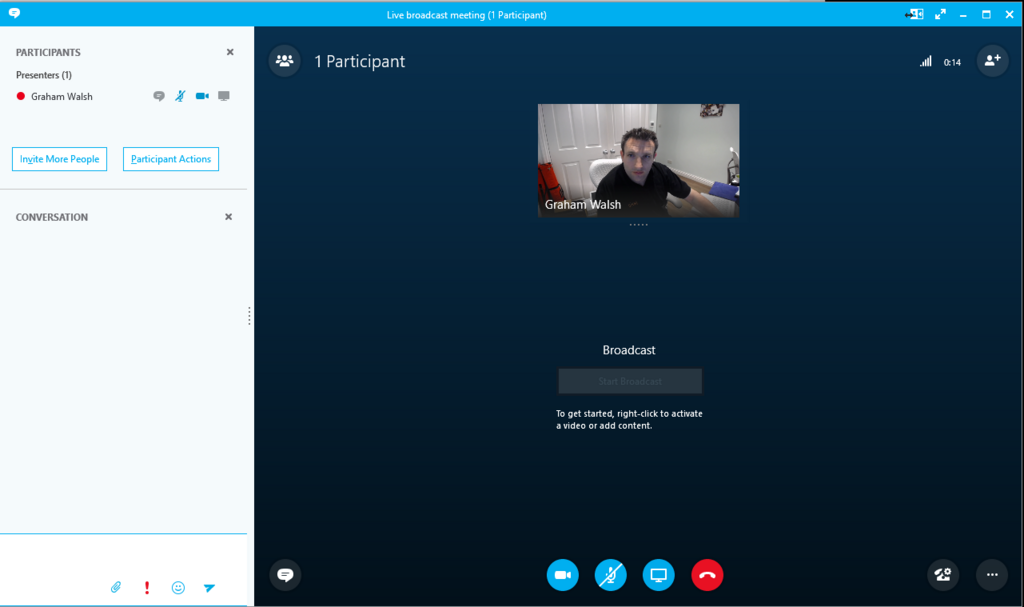 Uploaded a PowerPoint file to present 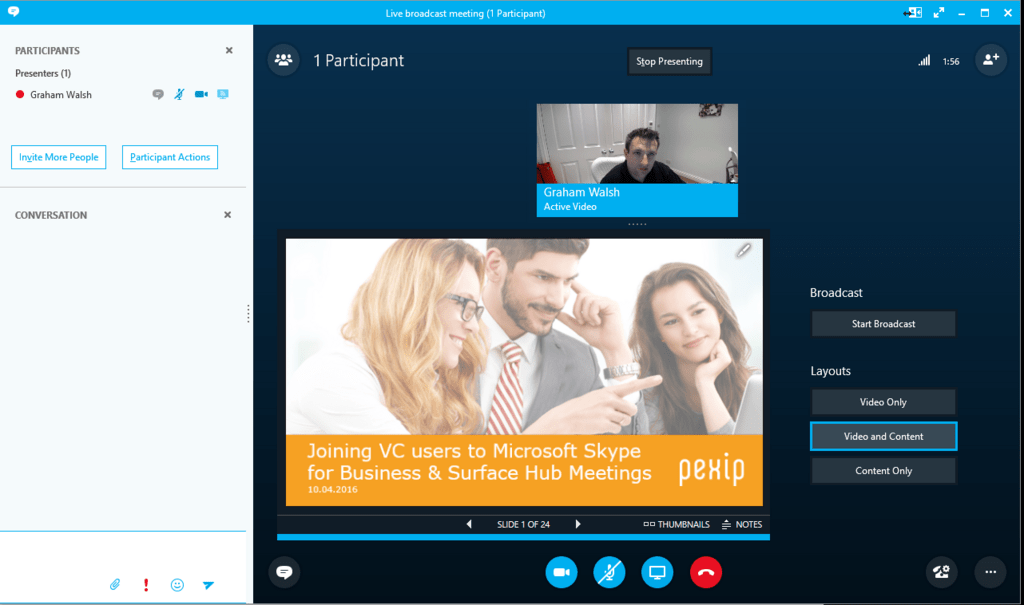 Add a participant to the meeting and make a presenter.  In this case we are adding a Pexip connection. 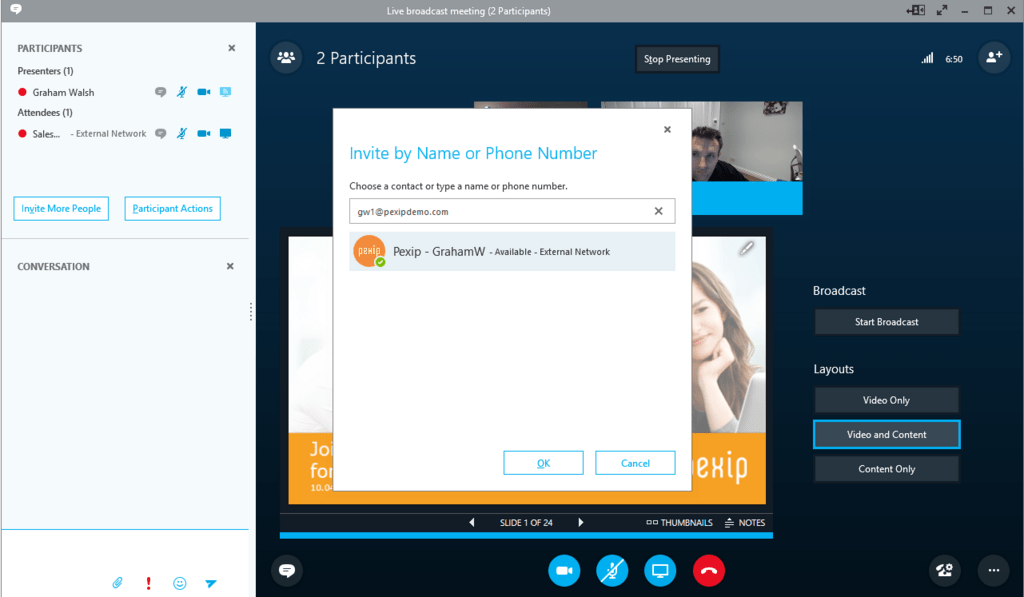 So the Pexip user is now joined the Skype Broadcast over WebRTC.  This could easily be a standards based room video system. 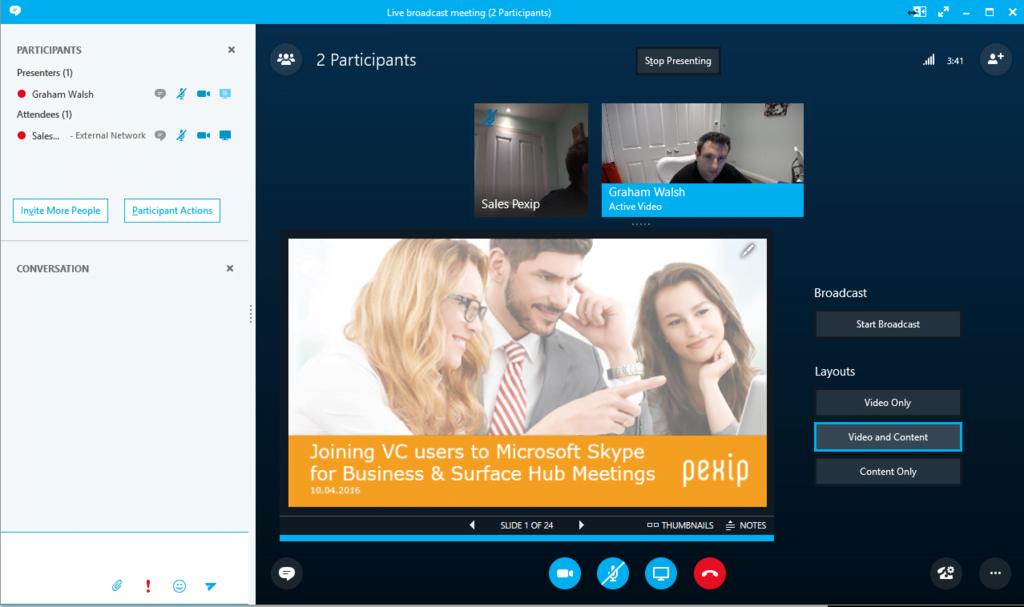 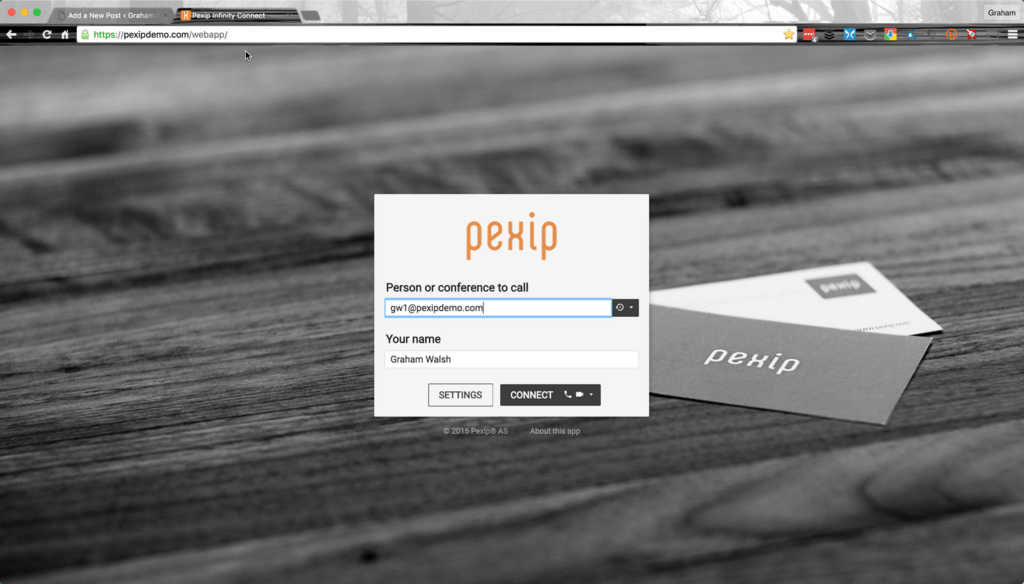 Boom!! We have two Skype users and a WebRTC user all in the call 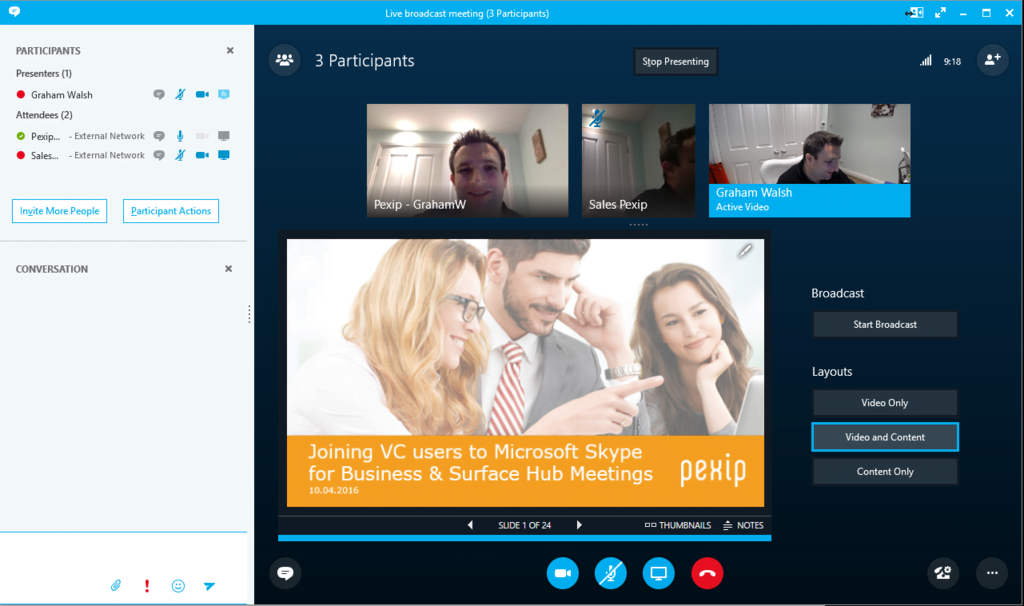 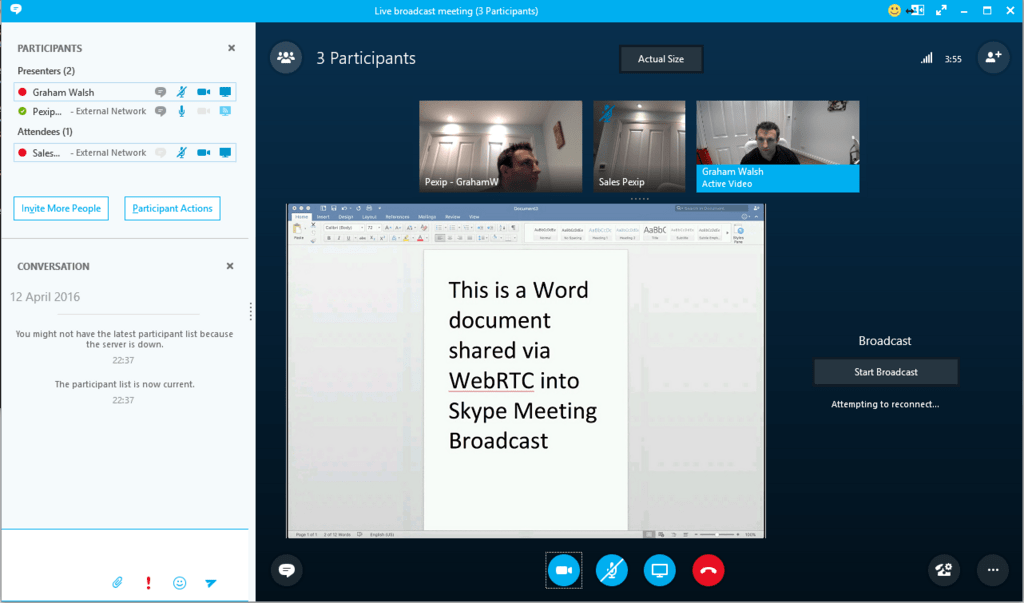 And here are the devices in the call 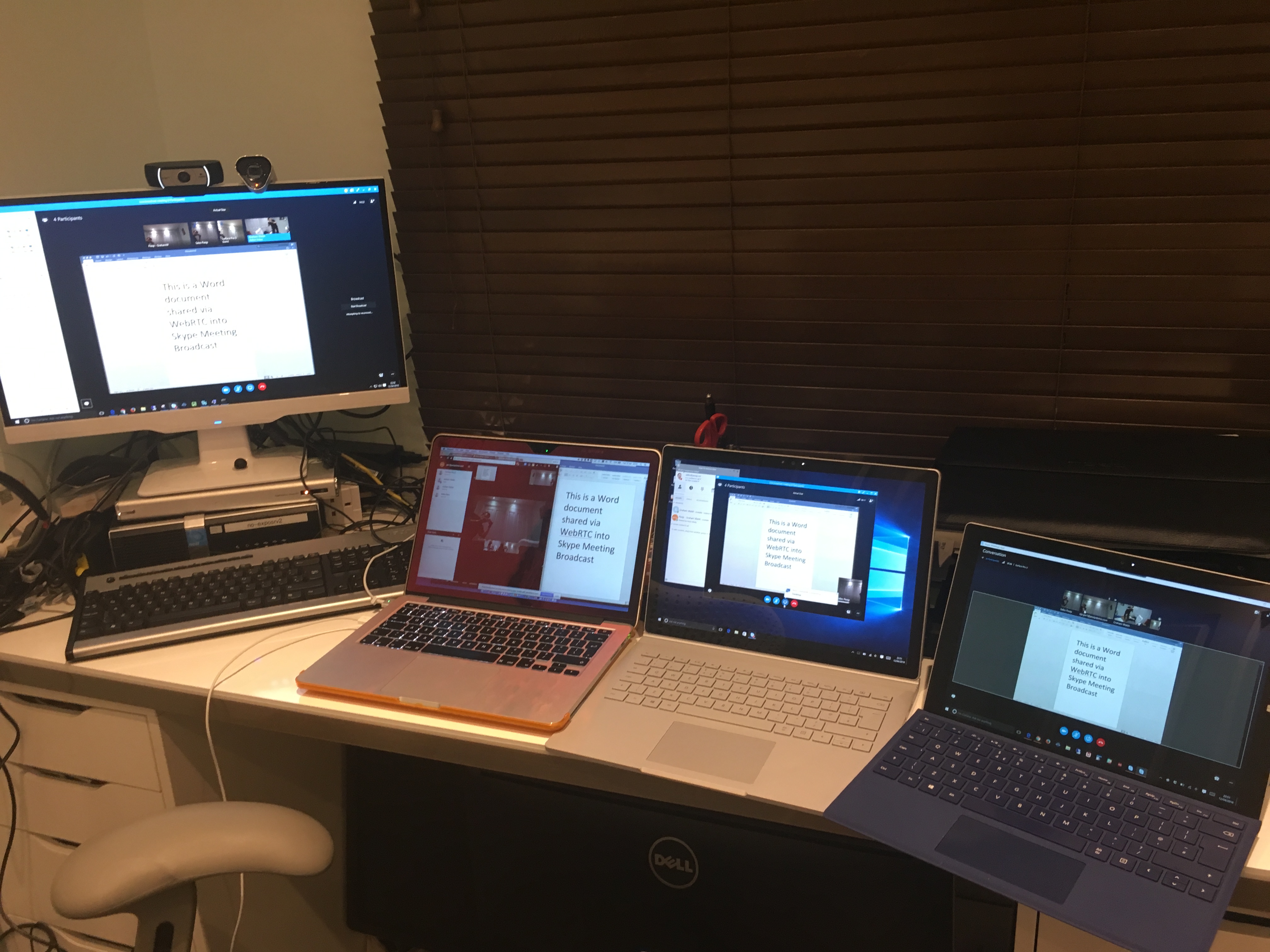 So this is some awesome stuff, extending the possibilities of the Skype Meeting Broadcast.  The only caveat is, the recording element of the meeting broadcast will not record this content, it will only record the uploaded PowerPoint presentation.  However, with Pexip it would be possible to add a RTMP stream to record out from Pexip, so if you really wanted to capture for a later date or publishing, it is totally possible.