I have been sort of a keen cyclist for a number of years, completing various charity cycle rides such as London to Brighton, Oxford to Cambridgde and then the London to Paris over four days, ending up in Paris to view the final stage of the Tour de France.

Fast forward a few years and I am working at Dimension Data who signed a partnership with the ASO, who are the organisers of Tour de France amongst other sporting events.  It makes the race so much more relevant now, in what the team behind the techincal tour acheived in five months to the start last Saturday.

Below are a few pictures showing how Dimension Data are providing data analytics for the Tour.  Firstly there is a small transponder under the saddle of each of the 198 riders.  That is then processed in several way and back to the Dimension Data Big Data trunk, where the numbers are crunched and then provided online to the various agencies and sites.  For real time data, follow http://www.twitter.com/letourdata for the latest information.

There is also a augmented reality app that can be downloaded to your smartphone to see some cool videos when you scan a poster – view the video here – https://www.youtube.com/watch?v=jGuthxRNkFI 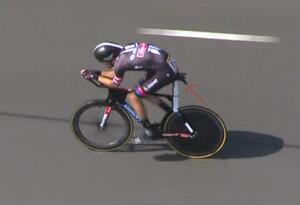 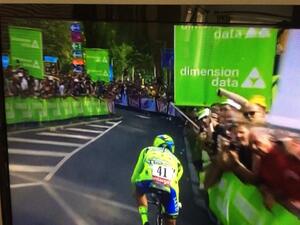