All customers are advised update to this software version, as it has a number of bug fixes and stability improvements.
One of the best features of this latest software is that it supports the Polycom PCO Add In so users can easily click create a conference in Outlook and anyone in a meeting room can use a Join button.  See below for an example.  In the first image, you can see my calendar and then in the second image when I select the meeting, you can see the join button. Simple.  Also the system indicates which is a video call (with a video icon in the top left) and which is just meeting not booked with the PCO Add-In (with  a phone icon in the top left).
Download the software today from support.polycom.com. Full release notes available here. 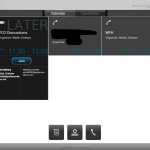 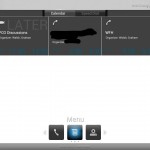